Replace Your Drugs With Nature 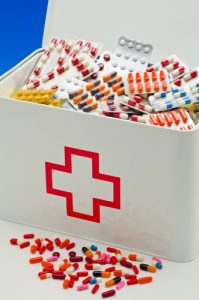 Turmeric is a very powerful herb.   It is known for its disease-fighting powers and its potential to reverse disease. Currently 6,235 peer-reviewed articles have been published proving the benefits of turmeric and curcumin, healing compounds of curcumin. It is one of the most studied herbs in scientific research  with over 6,000 plus studies published. One finding about curcumin is that when combined with turmeric and compared to conventional medicines, curcumin is equal.  Curcumin is often more effective than prescription drugs prescribed by medical doctors.

Let’s talk about the benefits and effectiveness of turmeric and curcumin over other pain medications and blood thinners. Are you taking any of the following drugs?

Some people need anticoagulants to keep their blood thinned to avoid blood clots, but there are many harsh side effects to those drugs.

Turmeric has relatively no known side effects (unless taken in extremely high doses). After several groundbreaking studies in the 1980s, the curcumin in turmeric has been suggested by researchers to be actually a better choice for vascular problems.  As a matter of fact, prior to surgical procedures, doctors now ask their patients to stop taking aspirin, fish oil, and curcumin to prevent excessive bleeding during procedures.

If you do not want to take aspirin and ibuprofen (or other harsh anti-inflammatories), curcumin can be used and is very effective in reducing inflammation.

There you have it. Before harsh laboratory chemicals, try nature first. She knows what she’s doing.