You May Rethink Feeding Your Child Cheerios 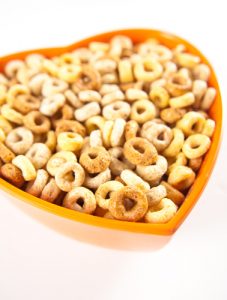 Cheerios have been a common first solid food for children all across the world. They’re small, easy to chew, and are free of genetically engineered (GE) ingredients. Even Cheerios advertises on their site that their product is perfect for children 9 months or older. However, despite these factors, consuming Cheerios could be a problem for your health. Recent tests have discovered the presence of glyphosate, a probable cause for cancer, in Cheerios and other food products. Read on to learn the facts.

Why Is This Information Just Now Being Discovered?

Glyphosate has been determined by the International Agency for Research on Cancer (IARC) as a likely cause for cancer from recent study. Thus, more interest has sparked as to what chemicals food companies are utilizing. We don’t already know this information because the U.S. Department of Agriculture (USDA) does not currently test for glyphosate. Despite this oversight, independent studies by Food Democracy Now and The Detox Project have uncovered that a variety of common products include glyphosate: Doritos, Oreos, Stacy’s Pita Chips, Kashi oatmeal dark chocolate cookies, Ritz Crackers, and Cheerios.

You might be skeptical to the severity of glyphosate in your food. You may be wondering if these are just exaggerated facts to scare you off for a highly unlikely outcome. But, scientific evidence identifies “ultra-low levels of glyphosate” to be a serious factor to human health. In numbers, any food starting from 0.1 parts per billion (ppb) could be dangerous. To put that fact in perspective, Cheerios measured glyphosate levels at 1,125.3 ppb.

U.S. regulators suggest 1.75 milligrams of glyphosate per kilogram of bodyweight each day. This is far higher than the European Union’s suggested 0.3. Recent scientific studies, however, have provided evidence that recommends a daily intake of only 0.025/mg/kg/bw/day. This is 70 times lower than how much the U.S. Environmental Protection Agency (EPA) currently allows.

As more research develops, and our knowledge for healthier lifestyles increases, we must consider alternatives. Foods that are largely genetically engineered are likely to contain high levels of glyphosate. However, we have come to know that even non-GE foods like Cheerios can be detrimental. In some cases, non-GE foods could even be more likely to contain glyphosate, including foods like lentils, peas, flax, sunflowers, and more. Read more about what foods can have glyphosate and why farmers use it here.

What You Should Do

You shouldn’t take the suggestion lightly that you should avoid foods with glyphosate, especially for your children. Not only can it be linked to future cancer, but it also can enhance disastrous effects of other chemicals, disrupting body functions and contributing to diseases such as: obesity, infertility, Alzheimer’s disease, ALS, and more.

Do what you can to avoid foods that are made with dangerous toxins. This way you’ll be taking back your health and sending a message to the farmers and food companies that you refuse to your family’s health. Good luck, eat smart and stay healthy!